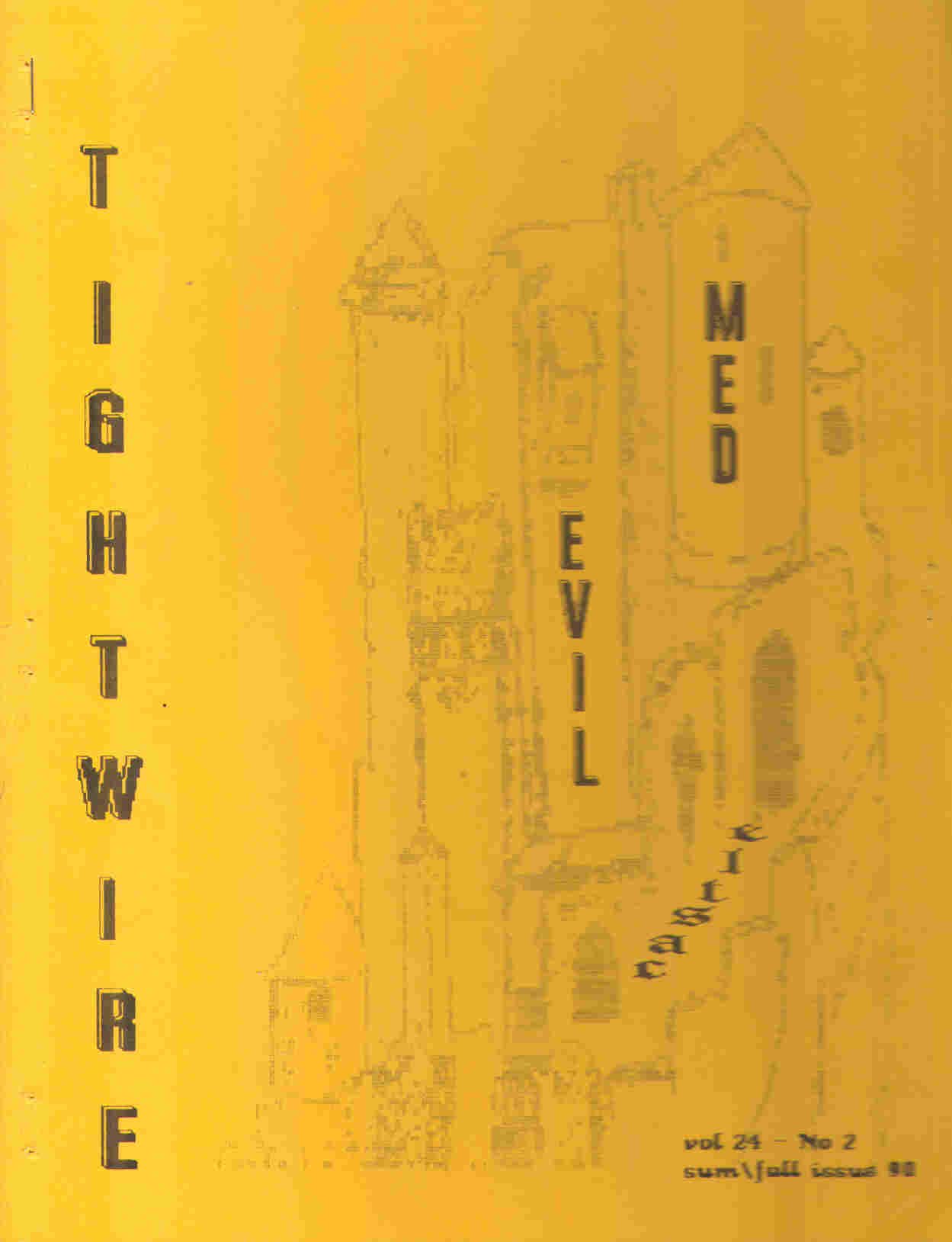 SUMMARY: This issue discusses the injustices, conflict, and unrest at P4W. It details the problems women face in the Canadian justice system, the changes to the penal system proposed by the Task Force on Federally Sentenced Women, and the ways in which provincially administered prisons fail to rehabilitate prisoners. An Irish prisoner’s take on prison justice, prisoners’ lack of access to information on AIDS, the basis of native spiritualism, the public desire for a return of the death penalty, and the reality of women who murder in self defense are also addressed.