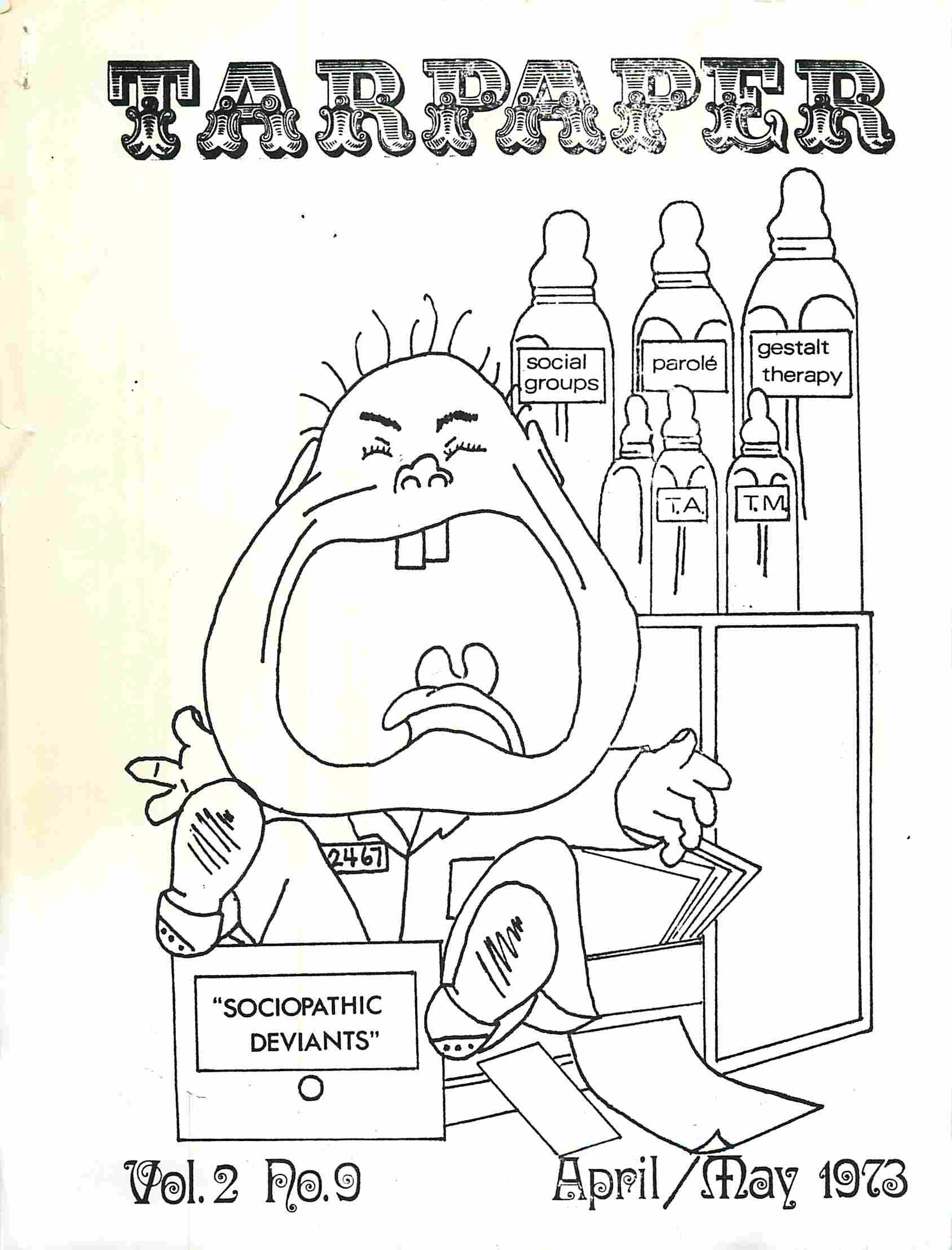 The Temporary Absence Program receives praise for its success rate but also the controversy surrounding the program is looked at the end of this issue.  The practice of using prisoners for medical testing and experimentation is uncovered and heavily criticized, as is the unusually long and still ongoing wait for the establishment of a penitentiary visitors committee.  Also in this issue is an enlightening and informative article on group therapy, as well as information on the establishment of a Citizens Advisory Council, the new Gavel Club, and Video West Matsqui Institution.