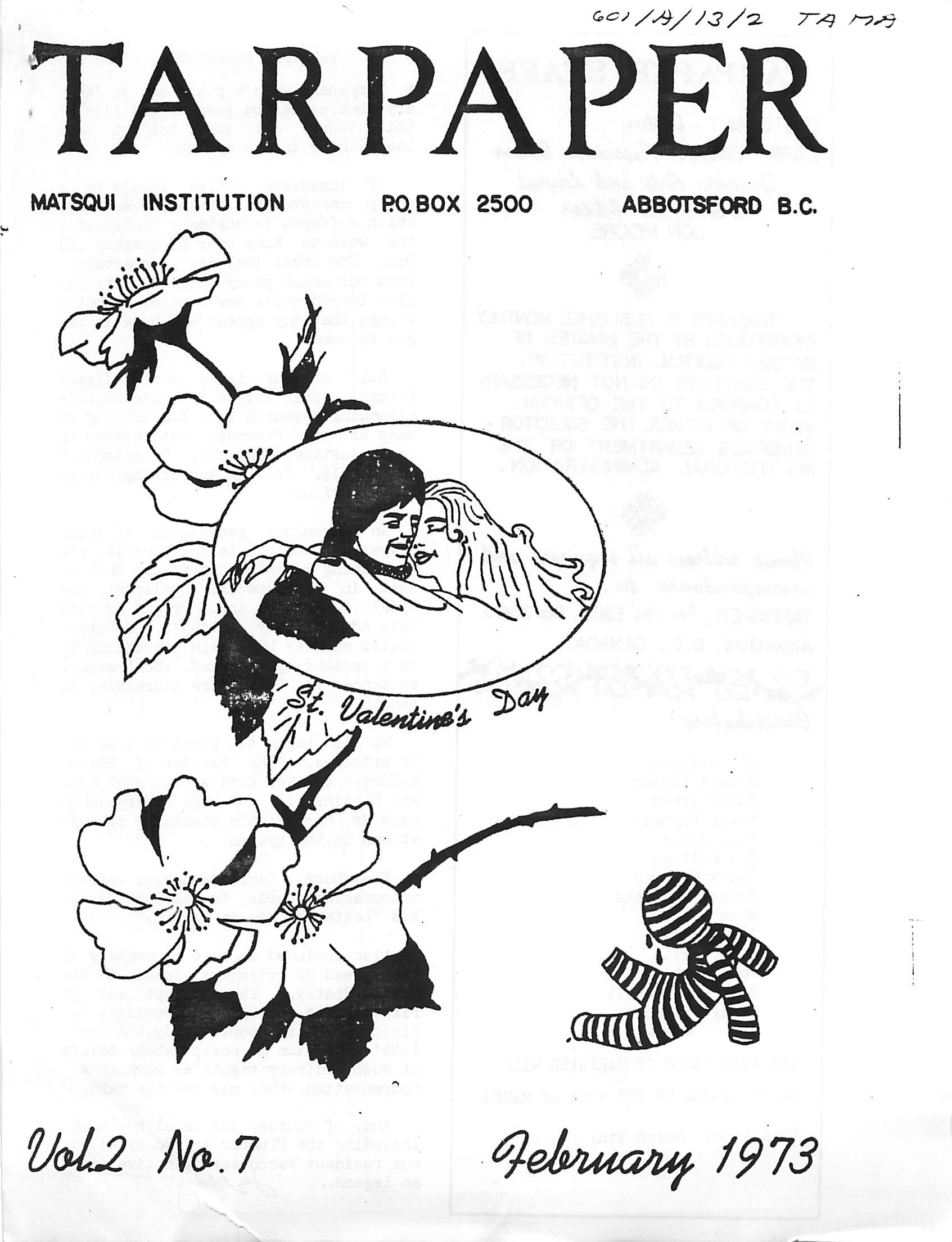 This large issue includes a lengthy article on prison reform, a reprint of the Model Sentencing Act, and prisoner response to the administration’s report on discipline. This issue also addresses a call for reform to the prisoner labour system, including pieces on the establishment of a prisoner union and related courses offered through the University of British Columbia. Also included are articles promoting conjugal visits, questioning urine drug testing, debunking the myths of alcoholism, and prisoners wanting to know more about the Living Unit Concept.