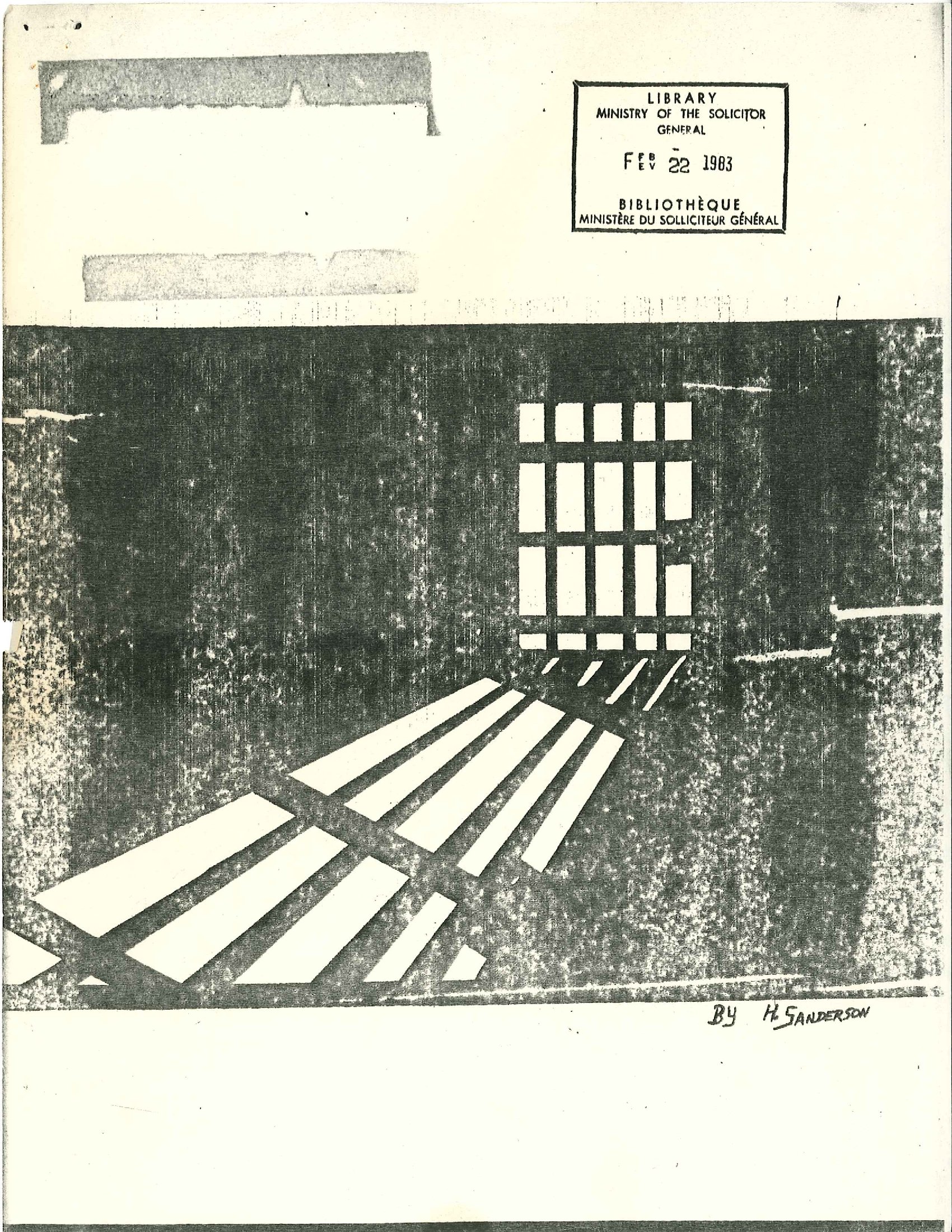 Summary: This issue includes a note from the new editor, a message from the “Inmate Committee” which includes an announcement for an upcoming meeting with the Citizens Advisory Committee, Svend Robinson, the Justice Critic and the corrections investigator, where prisoner complaints will be heard, as well as a cribbage tournament and canteen information. Also included in this issue are hockey season information and league standing, bowling and pool room news as well as submission titled “Christmas Year Round?” Which discusses Christmas in prison and “born again” Christianity. Additionally, program information from N.B.O, Blackfalds, 7th Step and Alcoholics Anonymous, a reprint from the “Alberta Report” titled “The Devil in Rock Music”, and a poem are also included.