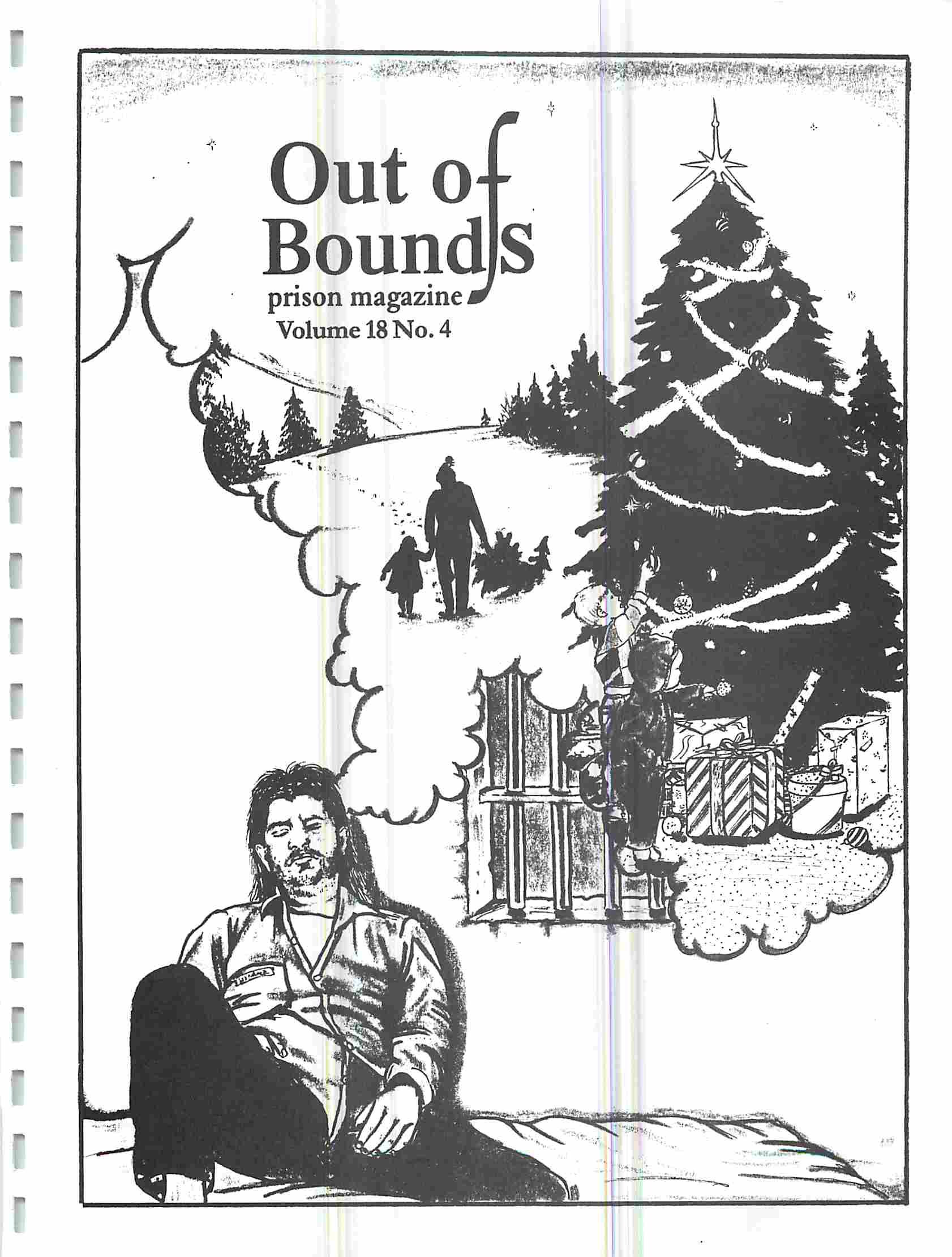 The Psychopathy Checklist – Revised (PCL-R) and its potential for misapplication (and abuse) in prisons is discussed, and other articles discuss spending Christmas in jail, a prisoner’s sister’s perspective on his incarceration-release (and struggles after release), an interview with the Inmate Welfare Committee chair, a prisoner’s experience with Judicial Review, the history of Out of Bounds, and an explanation of the CSC complaint and grievance procedure.