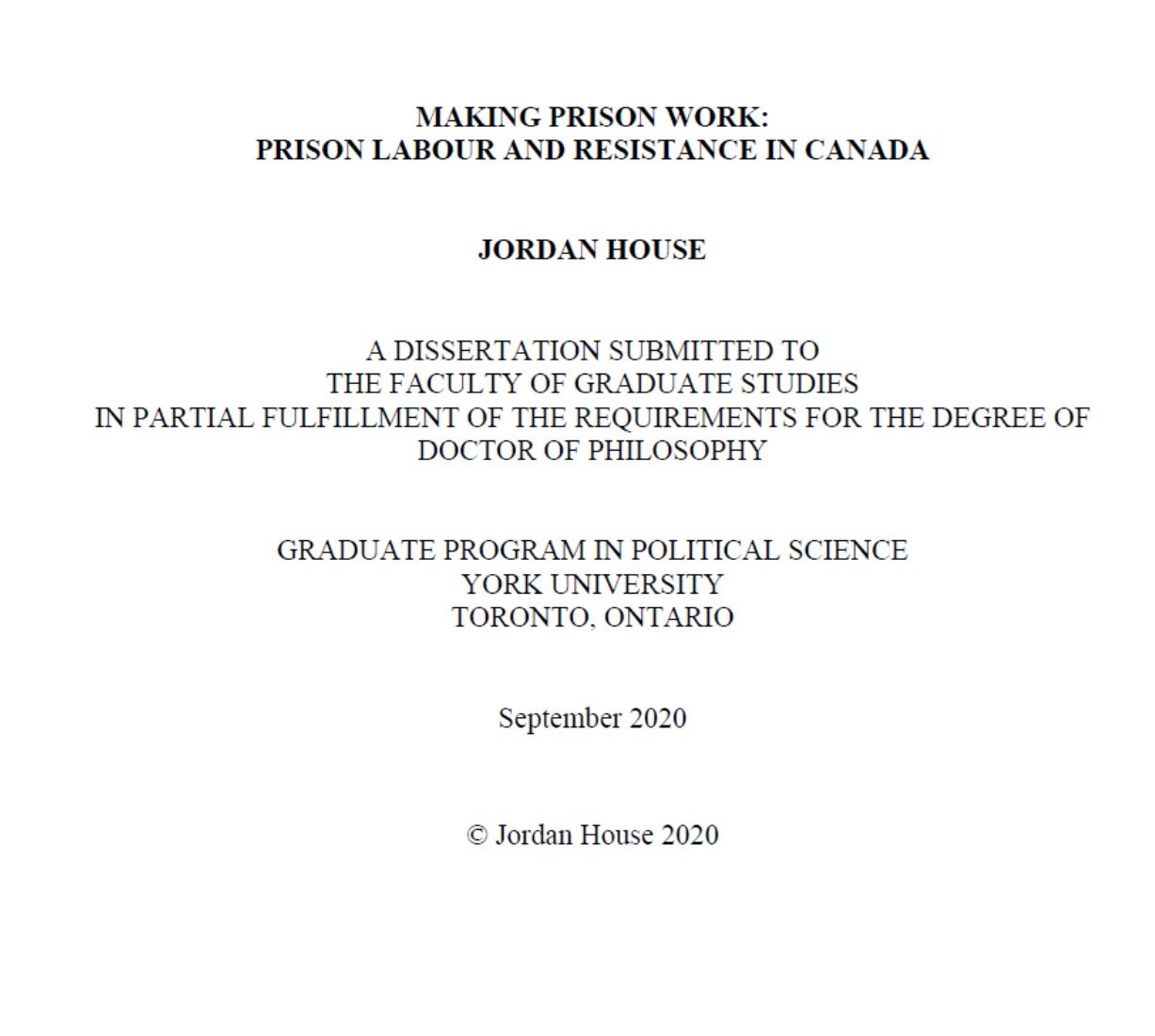 This dissertation examines prisoner-worker organizing in Canada by considering three case studies in detail: first, the successful unionization of an experimental privately managed abattoir at the Guelph Correctional Centre, a provincial jail in Ontario, in 1977; second, efforts by federal prisoners to unionize, with a particular focus on the efforts by the Prisoners’ Union Committee in1975 and the Canadian Prisoners’ Labour Confederation, between 2010-2015, and; third, the nation-wide federal prison strike in response to prisoner wage cuts in 2013. Through these cases, this study examines the similarities and differences between prisoner-workers and their nonincarcerated counterparts, and considers the methods and motivations of prisoner organizers, as well as the substantial legal and organizational barriers that Canadian prisoners face in their organizing efforts.

Working prisoners are one of many groups who labour on the margins of society and the economy, and who have been largely overlooked or dismissed by both scholars of work and labour and the labour movement. This study seeks to expand conventional definitions of who is a worker—and what constitutes the working class—by demonstrating ways that prisoners have asserted their rights as workers and the legitimacy of their organizations and struggles. Through these struggles, which have been conceptualized not only as economic, but also as political struggles, prisoners have contested their state of privation and laid claim to new sets of rights. At their most successful, the organizing efforts of working prisoners have resulted in not only improvements to their working lives, but also expanded rights and freedoms in relation to their incarceration.

More than Stone and Iron: Indigenous History and Incarceration in Canada, 1834-1996