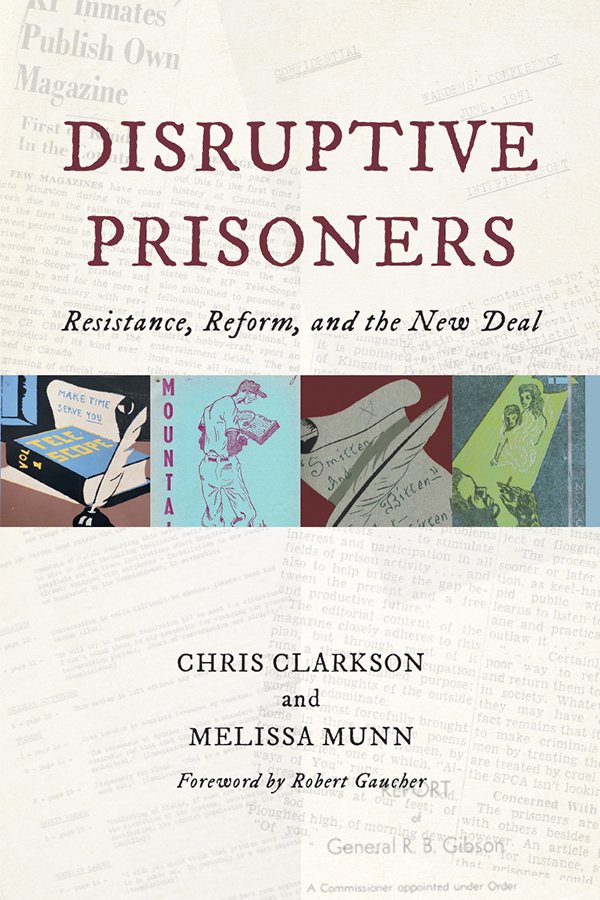 Disruptive Prisoners reconstitutes the history of Canada’s federal prison system in the mid-twentieth century through a process of collective biography – one involving prisoners, administrators, prison reformers, and politicians. This social history relies on extensive archival research and access to government documents, but more importantly, uses the penal press materials created by prisoners themselves and an interview with one of the founding penal press editors to provide a unique and unprecedented analysis.

Disruptive Prisoners is grounded in the lived experiences of men who were incarcerated in federal penitentiaries in Canada and argues that they were not merely passive recipients of intervention. Evidence indicates that prisoners were active agents of change who advocated for and resisted the initiatives that were part of Canada’s “New Deal in Corrections.” While prisoners are silent in other criminological and historical texts, here they are central figures: the juxtaposition of their voices with the official administrative, parliamentary, and government records challenges the dominant tropes of progress and provides a more nuanced and complicated reframing of the post-Archambault Commission era.

The use of an alternative evidential base, the commitment of the authors to integrating subaltern perspectives, and the first-hand accounts by prisoners of their experiences of incarceration makes this book a highly readable and engaging glimpse behind the bars of Canada’s federal prisons.

Shadd Maruna, Professor of Criminology at Queen’s University Belfast states: “By giving a voice to long-silenced prisoners, Disruptive Prisoners may be the first genuine social history of the prison. By far the most original, engrossing, and important work in historical criminology in decades, this groundbreaking study should forever change the way the story of prison is told.”

Ted McCoy, Associate Professor of Sociology, University of Calgary, writes: “This is a striking interdisciplinary work that centres the voices of imprisoned people in a history of penitentiaries in the twentieth century. Clarkson and Munn use an incredible range of newly discovered sources to writ resistance and struggle into prison history and illustrate Canada’s complicated legacy of failure and reform.” A remarkable contribution to Canadian prison history.”