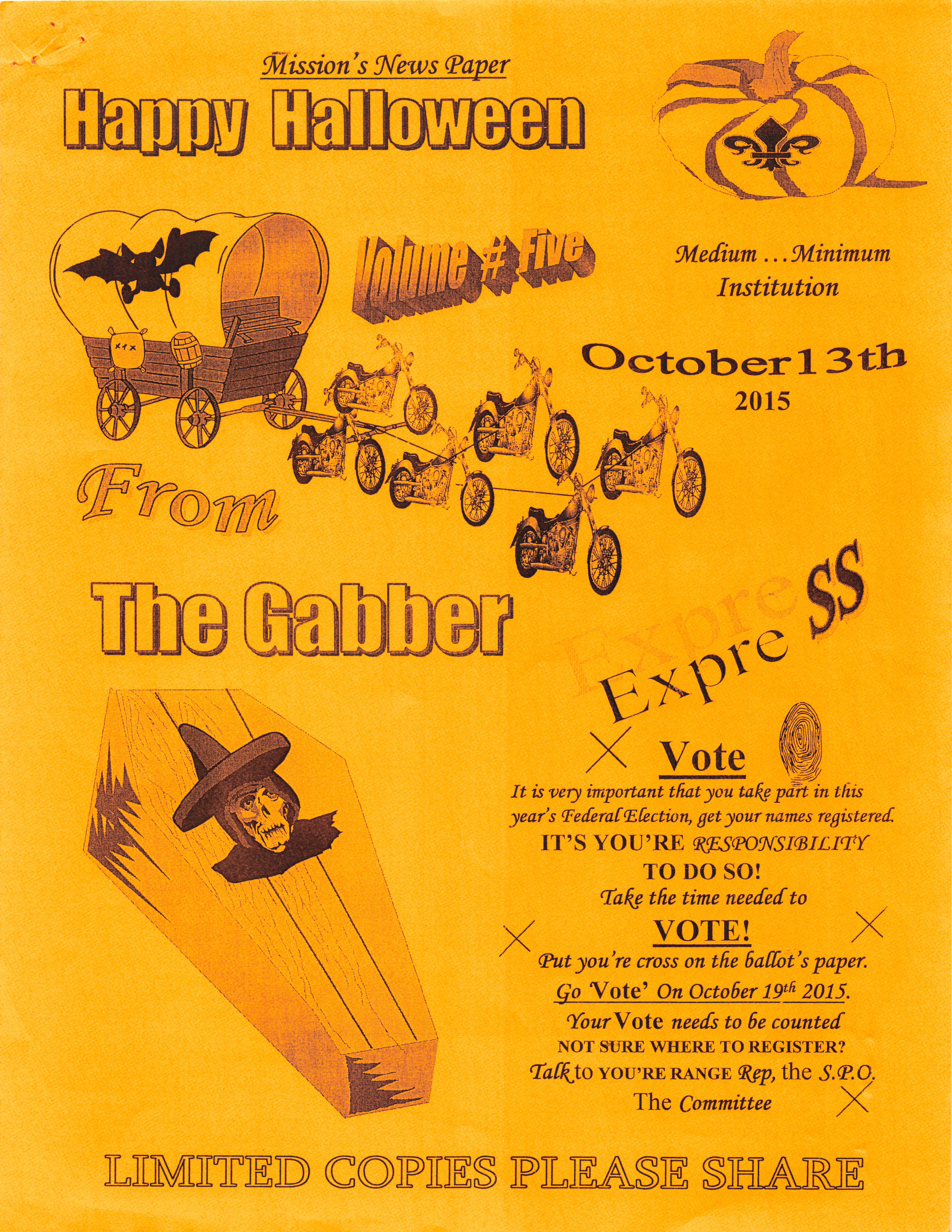 This issue includes hand-written messages by prisoners of their thoughts on Prisoners’ Justice Day, an article about why organized crime prospers, a comment on the death of Edward Snowshoe, a critique of limited library access, and articles about transgender prisoners. Also included is a commentary on the government of Canada’s apology to aboriginal peoples, a piece on Christian ministries, a list of bills that received royal assent under Stephen Harper’s government, and a piece on the tar sands. There is an article on “living wage” campaigns, a piece on correctional officers voting “anything but Conservative, and also many poetry pieces.