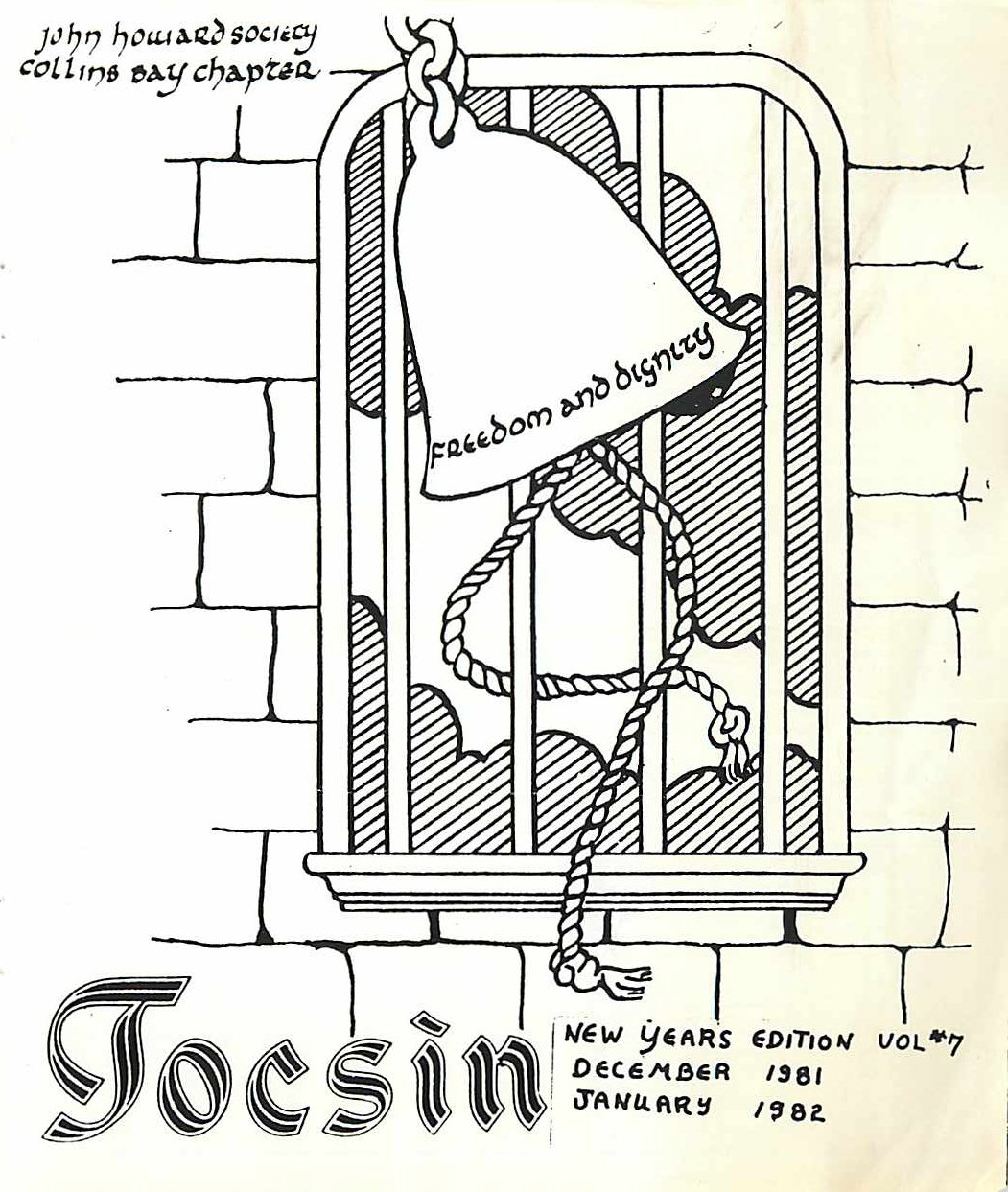 SUMMARY: This issue includes the request for volunteers in the John Howard Society’s Women’s Group, the need for revitalization in the John Howard Society, the issue of Aboriginal prisoners’ ability to practice their spiritual beliefs, a recap of a recent conference, practicing religion in prison, a change in perspective from a member of the community, a new pay program, statistics on prisoner deaths, children who commit crimes, and the need for community involvement in prisons. Also included are reprinted articles on an alternative to the death penalty, expanding prisons, and transcript of a speech given by the Solicitor General.