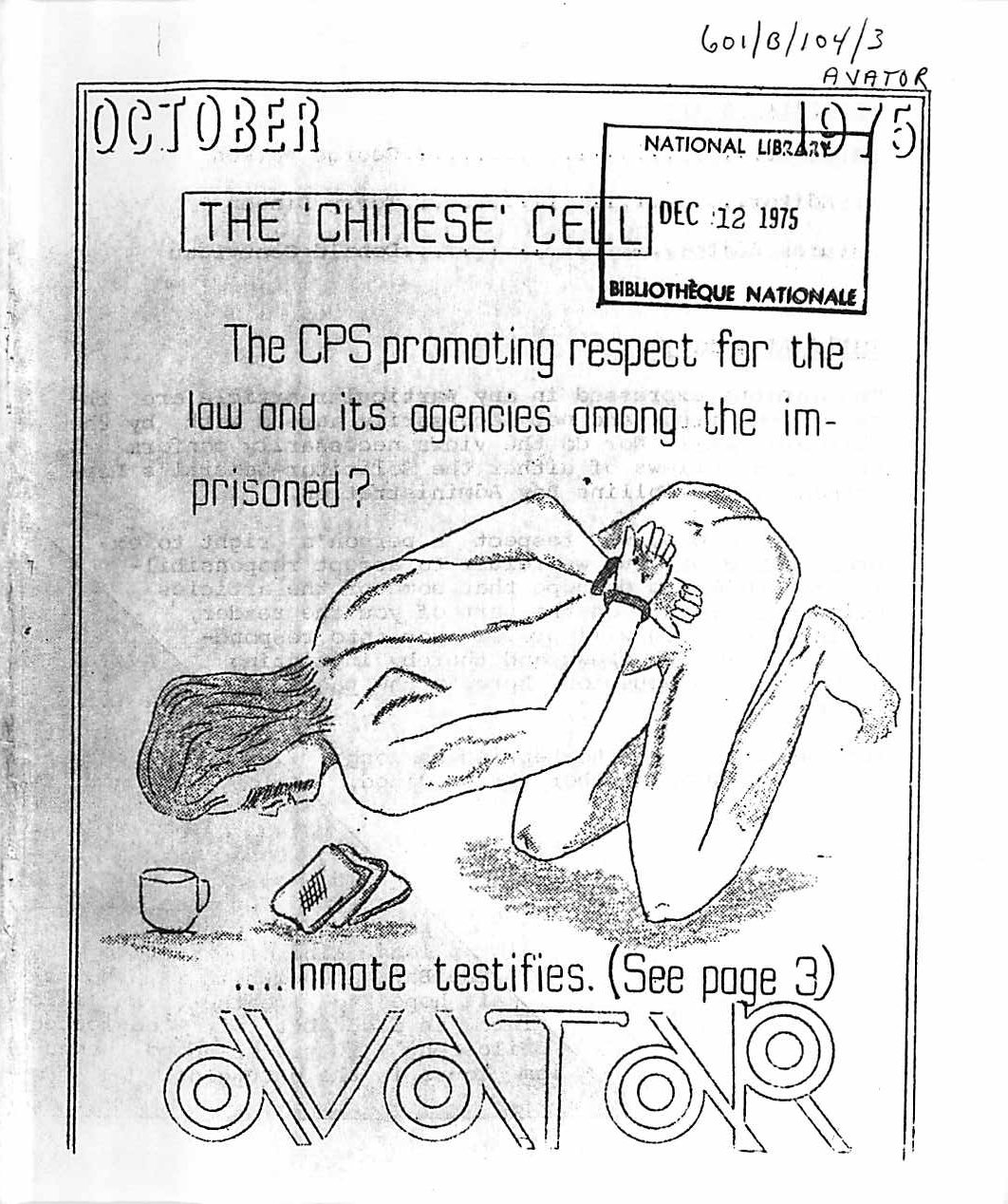 This issue contains an editorial on the effects of new laws, a piece on why one should be interested in the law, an article on correctional philosophy, and another about attempting a restitution plan with offenders and victims. Also included is a reprint from the Ottawa Citizen about Attica prison riot brutality towards prisoners, an article about “Black alien” prisoners being denied privileges, and a piece on the guard union calling for reinstatement of both capital and corporal punishment.