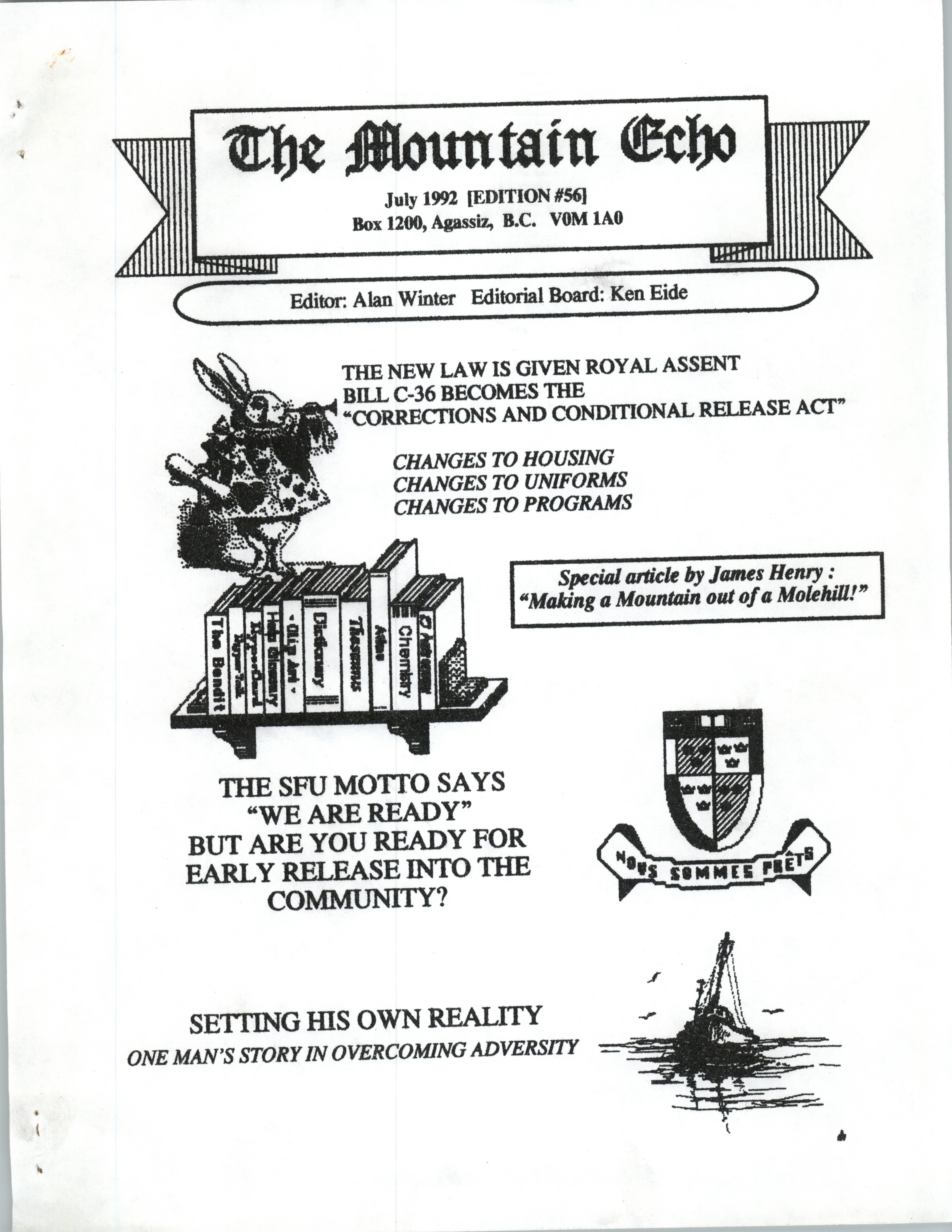 This issue looks at different aspects of prisoner life effected by the Corrections and Conditions Release Act, such as Unescorted Temporary Absences (UTAs), improvements to living conditions, new uniforms, and health standards. There are also a couple of personal reflections from prisoners, one where the prisoner talks about finding strength from his faith, while the other praising Mountain compared to other prisons. Attention is also paid to a new aboriginal magazine called the Native Brotherhood.