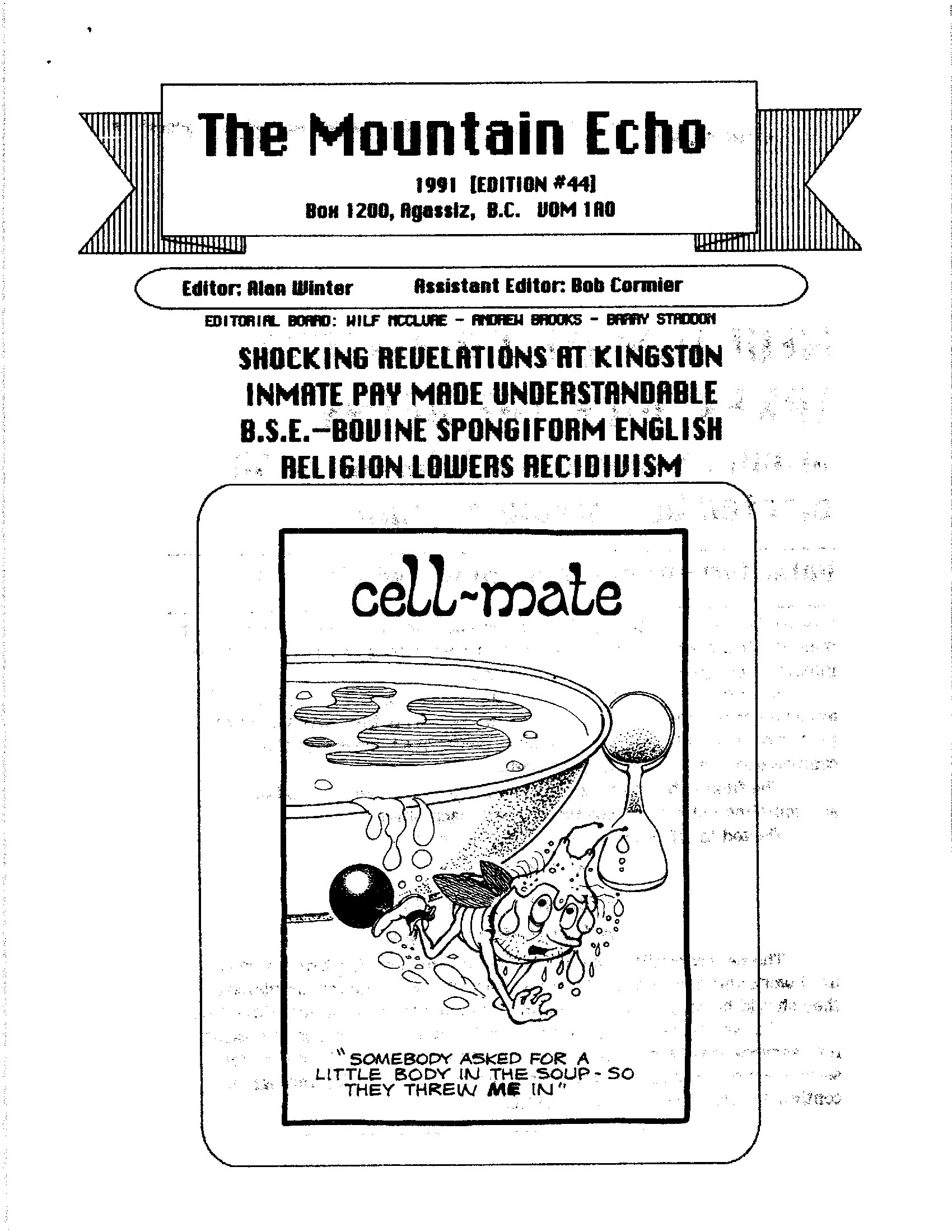 This issue includes a look at the recent rash of suicides among aboriginal prisoners at the Kingston Prison for Women, a better understanding of prisoner pay, the abuse of the English language in areas such as politics, religion, and air travel, and a look at how religion can reduce recidivism. Undated but is between January and April 1991 (Issue#44)