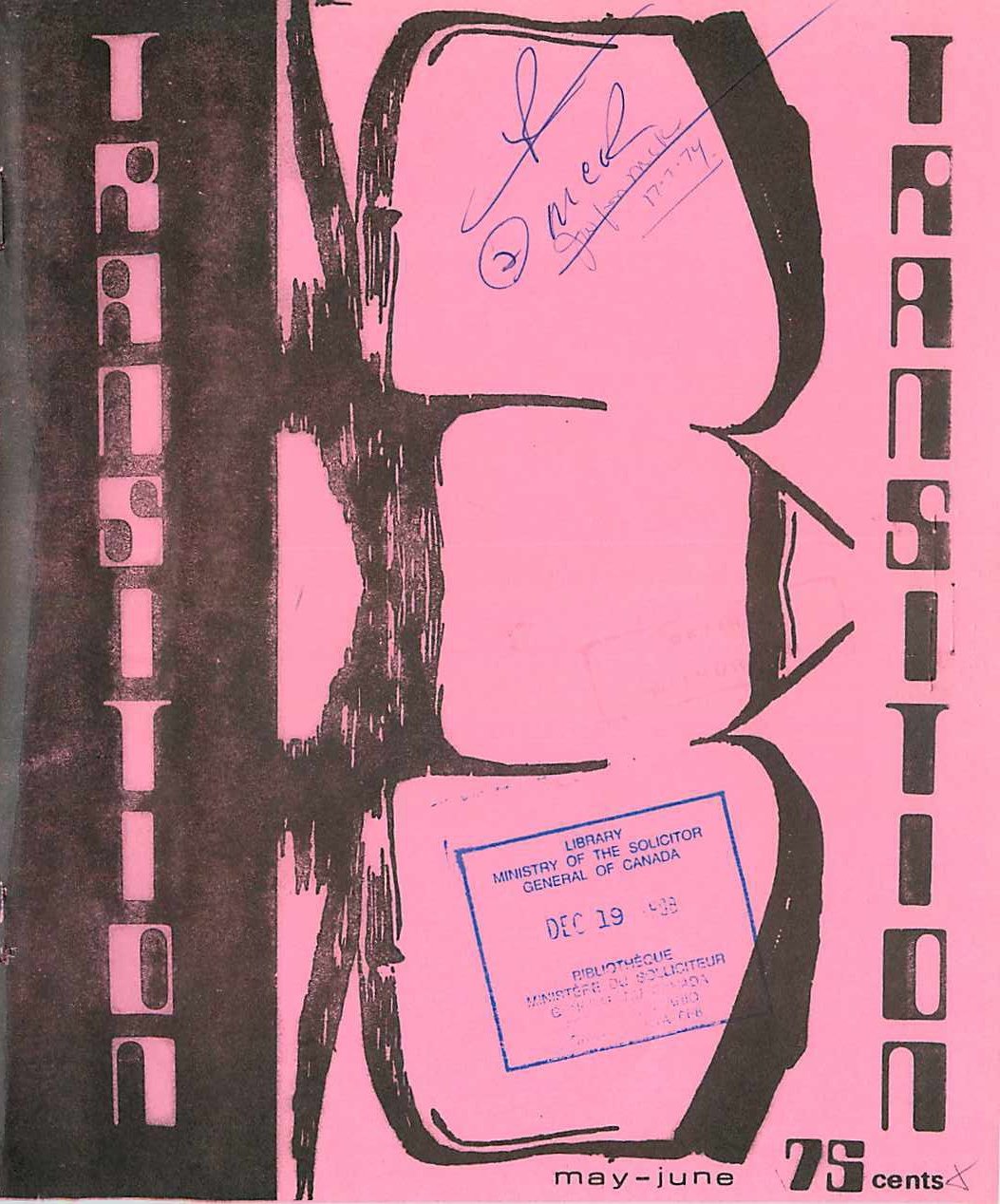 This issue of Transition contains an editorial regarding the organization of a prisoners’ trade union, and articles on the contradictions of parole and recidivism, and the penitentiary service finding scapegoats to blame for inaction on penal reform. Also included is an opinion piece on Mandatory Supervision, and a piece about a murdered prisoner, Mervin Johnston.