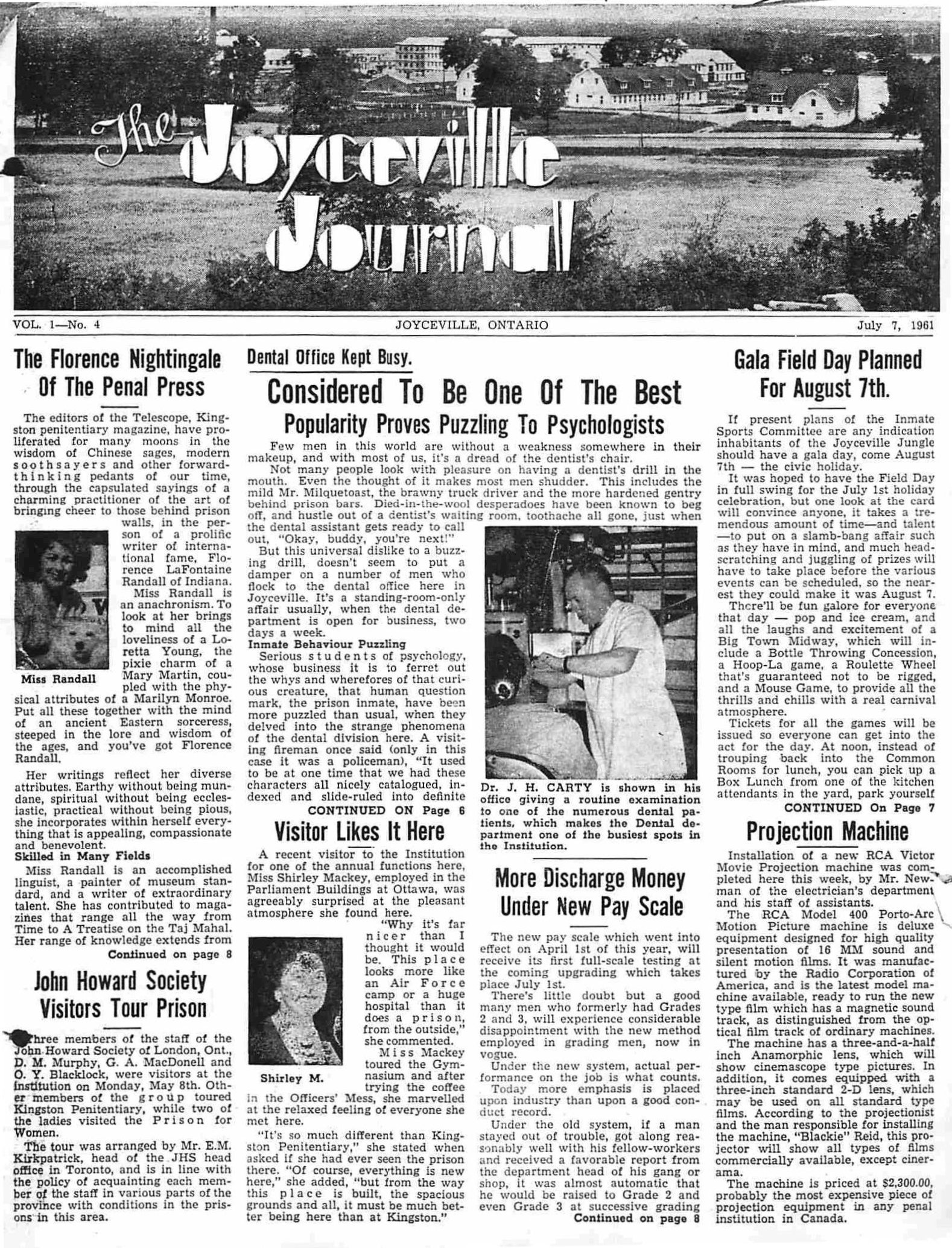 An editorial on the pilot project implemented at Collin’s Bay begins the discussion surrounding employment after incarceration.  A second article sees five prisoners weigh in on the issue of revealing one’s criminal history to a potential employer.  Parole is also examined in detail, including a section that answers prisoners’ questions about parole rules and regulations.  The new pay scale is introduced along with an explanation as to how grades are determined.

Out Of Bounds Issue 3